I used to think Apple’s Notes app was only good for one thing: trying out the Apple Pencil when you’re in a store. Once you brought the Pencil home, you’d have been better off spending most of your time with any of the other apps on this list.

iPadOS 13 changed a lot of that. Notes still isn’t my favorite app for the Apple Pencil, but Apple greatly improved it by giving us 120 colors to choose from and the ability to change the stroke weight for the pen, pencil, or highlighter. The new version also comes with a pixel eraser, dark mode, and the ability to move the palette to any edge of the screen you wish.

As before, it’s got a killer selection tool, and you can even use Spotlight to hunt down handwritten phrases in Notes documents, provided you wrote them in something more legible than chicken scratch. Perhaps unsurprisingly, it syncs swiftly with your other devices through iCloud.

So it’s better, and if you’re not looking for much more besides a robust writing experience, Notes will serve you well. It also remains the only app that’ll open a blank page when you tap the glass of a locked iPad with an Apple Pencil.

Notes remains too stuck in the mindset of working with “real” paper for my tastes, though, so you won’t find features like the helpful “infinite canvas” that you’ll see elsewhere. That can be a pain when you’re making mind maps or adding illustrations to your notes.

Notability, fittingly enough, is by far the most notable app that supports the Apple Pencil, and for good reason. If you’re going to spend money on any handwriting-compatible app, consider spending $10 on this one. Not only does Notability lets you do everything from annotating PDFs to making shapes, but it also captures the experience of writing with a pen or pencil better than any of its competitors.

Читайте также:  How to Identify What iPad You Have with Model Number

The appeal doesn’t end there, though. Notability also excels by letting you choose between nine styles of lined and unlined paper, and it gives you 15 choices for paper color as well. (Weirdly, none of those choices mimic the sulphuric yellow of a legal pad.)

Notability’s iCloud support works like a dream, so you can easily write out notes from your iPad and consult them on your (separately sold) Mac app within seconds. You’ll find that feature in traditional note-taking apps like iA Writer, but the ability to call up your handwritten scrawl on your phone at any time counts as a major plus.

With its searchable handwriting recognition feature, Goodnotes 4, by Time Based Technology Limited, ensures your iPad notes are preserved, and retrievable. Privacy and password protected, this note-taking app includes back-up and syncs between iCloud for iPhone and iPad. Import images and PDFs, and annotate PDFs to sign forms. Works with finger or Stylus.

Microsoft onenote: the best for collaboration

Much of the bad blood that formerly existed between Apple and Microsoft is yesterday’s news, and in fact, Microsoft supports Office on iOS with such devotion that you’d think it was Microsoft’s own operating system. You’ll find that same kind of attention and support in its OneNote app, which offers a wide selection of features as well as support for the Apple Pencil.

You’ll need a Microsoft account to use it, but there’s a good chance you’ll have one anyway if your workplace or school is heavily invested in the Microsoft ecosystem. It’s a little like Apple’s own Notes in that it’s mainly there so you can have a place to collect all the little notes you scribble out, but Microsoft goes further than Apple by allowing variations in stroke width and a few extra colors to choose from.

I also admire OneNote for the sheer size of the canvas it offers. Pinch on the page to zoom out, and you’ll find that you have an absolutely massive amount of room to work with, which makes OneNote ideal for mind maps and similar brainstorming exercises.

Unfortunately, that’s probably also why it doesn’t let you export documents to easily sharable files like PDFs like almost every other app listed here. That said, it’s a handy space for note collection, and it offers quite a few more features than Apple it does.

We’re still a long way from the days when technology can translate your doctor’s scrawl into a crisp line of 12-point Arial, but MyScript Nebo reminds us that we’re getting much closer. It’s our current favorite pick for handwriting recognition, as it takes carefully written longhand script and —with little more than a tap of the line—transforms it into something you can email. It even gives you a “preview” of how it’s “reading” the line so you know what to correct before a full conversion.

Combine that with a smooth Pencil experience that’s reminiscent of Notability and textual interaction that resembles Notes Plus, and you’ll find it makes a good overall notebook. Just keep in mind that its handwriting recognition isn’t going to magically keep you from doing any transcription.

Screenwriters and novelists will often tell you that index cards make organizing scenes and general themes so much more intuitive than regular outlines. Vladimir Nabokov, for a bit of trivia, even wrote the entirety of some of his novels on index cards, as they allowed him to easily rearrange paragraphs as needed.

Normally, though, using index cards feels like slaughtering a forest just for the sheer thrill of it. Thank goodness for the digital age, and thank Qrayon for Cardflow Remove non-product link. This app mimics the act of spreading a bunch of index cards on a table and arranging them as needed, and no other corkboard, mind-map, or storyboard app “gets it” quite like this.

Just tap anywhere on the gray background and a new card will pop up, and you can write notes on it with either the Apple Pencil or a keyboard. You can rearrange the cards singly with the Pencil or your finger, or you can group them together and have the app itself align them more neatly.

There’s a wonderful free version, but I gladly paid the $10 for the full version for the ability to sync saves to iCloud, draw on the board, change ink colors, insert photos and hyperlinks, and more. As a drawback, sometimes the app will crash when too many cards litter the screen (although the iCloud-syncing feature ensures that I’ve never lost a project), Even so, it’s a fantastic way to outline articles, and I frankly wish it was on the Mac as well.

Time base technology goodnotes 4: the best for organizers

GoodNotes 4 lives up to its name. It’s not quite as intuitive as Notability and so it falls short of “great,” but it offers many of the same options found in its notable rival and even a couple of better ones for good measure. (You can’t record audio, though.)

For one, you can easily create shapes such as triangles, circles, or rectangles. Simply click on the appropriate menu item, doodle the shape on the screen with your Apple Pencil, and GoodNotes automatically converts it into the perfectly formed circle or triangle you had in mind.

Need to scribble in a few notes between lines? Just use the magnifying tool, which boxes off a rectangular “window” into a smaller part of the page without the need to pinch in. GoodNotes even does a slightly better job of organizing notes by subject than Notability, as it lets you keep separate notebooks for each class or project, each with their own covers.

In some ways, this similarity to print works against it. GoodNotes remains committed to the idea of writing on digital paper as though it were real paper, so it’s not as easy to scroll through multiple sheets of paper, moving the sheet down as you write in one continuous motion.

Much as with a regular sheet of paper, you’re stuck with whatever dimensions the page gives you until you flip over on a new one, resulting in the same scrunched-up notes in corners you might recall in school. This design may help with the ton of exports GoodNotes offers for printable paper sizes, but such restrictions feel especially limiting on a 9.7-inch iPad.

Writeon notes plus: the best use of ‘digital paper’

Notes Plus offers the least pleasing writing experience out of all the apps listed here, but it makes the cut because no other “understands” writing on an iPad quite so well. GoodNotes 4 may do a lot of features Notes Plus offers better these days, but Notes Plus continues to have a few tricks up its sleeve. 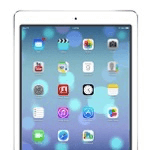 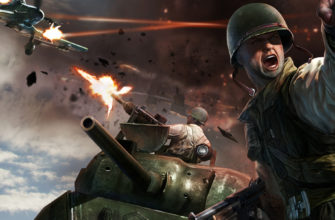 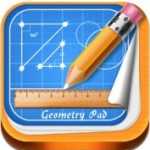 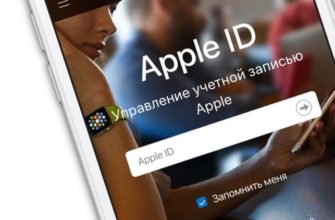