So yeah, first off, this will hopefully be a good review, the game went global yesterday so there are a bunch of uneducated people who haven’t ever heard of this game writing reviews

I have been playing for a good bit (8-10 months I think but I started 2 weeks before the update where you could buy brawlers with tokens when you got a duplicate got removed) and made a canadian Apple ID just for this game and am around 2500 trophies with all of the brawlers but the legendaries and frank unlocked
INTERFACE:
Now, the new update is pretty bad imo. This game was getting stale enough where no one was really taking about it, but I don’t like it. The interface is now way more complex and cluttered and looks kinda like it was ripped off from fortnite. I still don’t know how to get to

It is really annoying to chat with you clan now (which is called band or something) and now they have President and VP ranks which really just don’t work
Also, I feel like 100 is just too much, they should cap it at 50 tbh

I haven’t got to see the new brawler much, so I don’t wanna talk about Leon yet since I may give bad input
BRAWLERS:
The brawlers have different mechanics and are unique, so that’s pretty good, and honestly right now I feel like there all decently balanced (though Tara and barley are still the best right now imo) but some brawler like colt are really lacking right now
COMMUNITY:
Community is a super important aspect of the game, right now the community is pretty small and stale and it’s not too toxic, but it’s boring at the same time and nothing ever happens but I feel like this will change

BANDS (every time I say clan it means band):
The new band interface is super confusing, everything used to be in one place, but now everything is all over the place
When you get into a good and active band, it is fun, but since there are 100 people it is hard to build relationships (as friends of course 😉 and instead it’s like meeting people for the first time
Also, now promotions are more meaningless than ever. Clans have no abilities and there is no clan or special clan activities or anything like that.

LAGG (IMPORTANT):
This is by far the laggiest and worst optimized supercell game and nobody talks about it
My WiFi is decently slow (around 3-4 mbps) and other supercell games run just fine, but I get lag pretty much every game (and no a frame drop for a second does not mean lag, the game freezing due to WiFi and my character being messed up for 2 seconds means very minor lag for me).

Also, this isn’t very optimized hardware wise
This game runs really slow at like 15 FPS on my iPad Air 2, but that may change since I haven’t played on that in a while. My phone runs it smoothly though (iPhone 8)

QUICKFIRE:
Previously known as auto aim, quick fire is a feature where you can just tap and it will fire for you rather than you aiming
It is made for quick reaction shots, but really it’s just a no skill thing
From what I’ve heard it kinda corrupts newer players but idk
I like the nerds that they put in when they changed the name to quick fire, but I think it’s no skill, I am a pc gamer too so I don’t like games that give you cheap no skill things but the majority aren’t gamers like that and do, so I get it, though I don’t use it at all
MATCHMAKING:
I’m not too sure about this new update, but I don’t think they changed matchmaking much
It can get broken quick, with the algorithm taking into account the amount of trophies the specific brawlers you have and completely ignoring your total trophies, I think they should mix the two
I have been matched as a level 5 150ish trophy Tara with level 8 300 trophy bulls, and as a level 0 0 trophy Tara with a level 5 100 trophy bull
I think it’s pretty broken and you either are the noob or you get a noob

Greed:
Brawl stars is the most greedy and least greedy game at the same time
The brawl boxes are pretty balanced and the star box thingys are good if your active and reward you for being active, but the rewards themselves are VERY underwhelming
Also, after at least 400 brawl boxes opened, I have not gotten a legendary, and I feel like when I get new brawlers I usually get 2 in a row or something
They have a dynamic probability of getting a new brawler of X rarity and you can view that, but mines has not changed in forever, and 0.08 for a legendary is what I think it is, but that is for a big box you can purchase with gems which cost real money

About gems, there is no way to earn them until recently, and even since they are very rare. I have gotten 27 ever since the 2nd most recent update which dropped like 4 months ago I think, and it costs 60 for a big box. In order to get big boxes or skins, you pretty much HAVE to spend money or just be insanely lucky, but at the same time this isn’t P2W
Also, it is wierd. I have never seen an add in a supercell game until this game, which has optional ads, which I don’t like

FINAL THOUGHTS:
This game is great, and you should play it, just don’t come in with expectations of this mind blowing amazing masterpiece
In my opinion this game should still be vertical but for the devs it was horizontal or kill in early access so I don’t blame them
I feel like everyone is having that feeling where your fascinated when getting a game for the first time but that feeling doesn’t last forever
This game will start to get boring, for me it did around 6 months of playing and I have been fazing in and out of activity since
I don’t like this new update, and I think the game was in its best state the previous update, now it’s just confusing and cluttered
This is definitely geared towards new players and I don’t think there is a high learning curve for the veterans
Overall 3/5
I would love it if just one person read this since it took me 61 minutes and counting to type and i want at least one person to be helped by this. 🙂 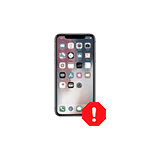 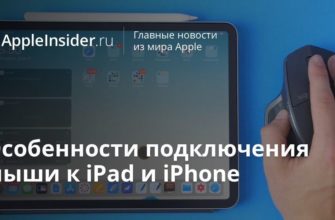 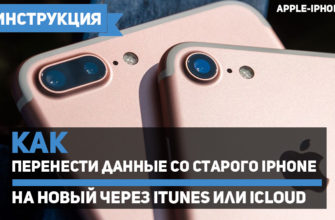